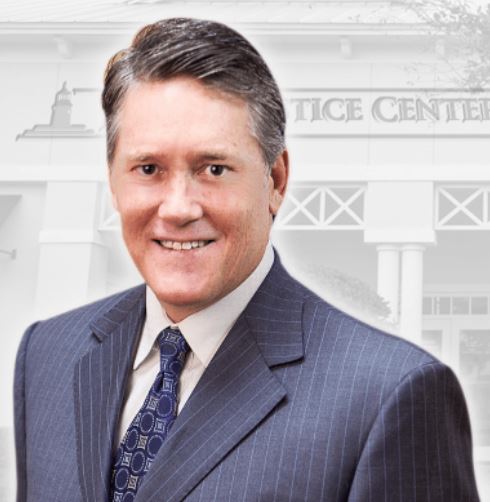 Todd S. Stewart, the CEO and President of the Martindale-Hubbell A/V rated Law Offices of Todd S. Stewart, P.A. has established an impressive record of success and achievement since his very earliest days of practice. Within his first two (2) years of practice, he had already resolved cases for multiple millions of dollars. His practice continued to grow, along with his results. In 1994, he received what was then the largest Ciguatera settlement ever in the State of Florida. In the summer of 1997, Mr. Stewart was a member of the trial team that tried and received what is still believed to be the largest collectible punitive damage verdict in the State of Florida ($50 Million dollars); which eventually resulted in over $63 Million to satisfy that punitive judgment. In 1998, he received what was reported at the time as the largest Reflex Sympathetic Dystrophy verdict in the State of Florida. In 2002, he received the largest sexual assault settlement in Okeechobee County history. Then, in 2004, he received what is believed to be the largest verdict ever in Okeechobee County history, $5.65 Million. In 2008, Mr. Stewart’s trial team was awarded over $3 Million for the work they did against the automobile insurance industry.In 2011, he was lead council in a multimillion dollar trial against Citizens Insurance Company over hurricane damages. In 2012, Mr. Stewart was the first attorney in many years to defeat GEICO in a Powell type Insurance Bad Faith case. Then in 2013, he beat his own record by recovering the largest Ciguatera settlement and the larget pro-rata Ciguatera settlement in US history.Finally, since opening his own firm, Mr. Stewart has successfully handled hundreds of cases where the recovery against the insurance company exceeded the limits of the insurance available.

Mr. Stewart grew up across the dinner table from famed trial lawyer and former President of the American Association of Justice, Larry S. Stewart. As a native Floridian, he has watched Florida grow and develop. After attending Vanderbilt University, he received his undergraduate in Psychology and his law degree from the University of Florida. This results in a keen understanding of Florida juries and their decision making.

Extraordinary dedication, intense case preparation, board certified trial skills, outstanding courtroom performance, and cutting edge computer skills distinguish Mr. Stewart’s work. His reputation for excellent work is recognized throughout the United States. Attorneys from all over the country call upon Mr. Stewart for his skill and excellence. Legal documents he has developed and pioneered represent the gold standard for savvy trial lawyering and are requested and used throughout the country.

Mr. Stewart has been recognized numerous times for his experience & expertise with computer skills. He is consulted on computer use in the legal profession and maintains one of the most cutting edge legal offices, which allows him to bring a case to life in the courtroom.

Mr. Stewart is triple Board Certified by The Florida Bar and The National Board of Trial Advocacy. Both Mr. Stewart and his law office have received A/V ratings from prestigious Martindale-Hubbell, its highest recognition awarded. A Past President of the Palm Beach County Trial Lawyers and Palm Beach County Bar Association’s North County, Mr. Stewart prides himself on his involvement helping and teaching other trial lawyers. As more fully explained in his Curriculum Vita, his elected and appointed positions include:

National Board of Trial Advocacy Certified:

A National Board of Trial Advocacy Certified Attorney has demonstrated skill and expertise and has proven it through rigorous examination and testing by the NBTA. NBTA Board Certified lawyers have shown an enhanced level of expertise and substantial involvement in their chosen field. The standards are designed to enable the NBTA to evaluate thoroughly the objectives, standards and procedures of attorneys and to facilitate public access to appropriate legal services. Similar to the medical profession in which the body of knowledge is so large that it’s impossible for one doctor to remain current in all specialty areas, the body of law has grown so large and complex that attorneys can no longer be all things to all people.

Mr. Stewart has put together a dynamic trial firm in The Law Offices of Todd S. Stewart, P.A. Prior to that, he was with the nationally prominent firm of Searcy Denney Scarola Barnhart & Shipley, P.A. for over six years. He then became a named partner with bad faith specialists, Slawson, Cunningham, Whalen & Stewart, P.L.

Mr. Stewart has published and frequently speaks in his field to lawyers, paralegals and law students. He has taught several courses at Stetson Law School. He also has served as an Adjunct Professor of Constitutional Law at the Harriet L. Wilkes Honors College. In addition, he has lectured to lawyers throughout the U.S. on a variety of topics, including “Trial Preparation in the Complex Case,” “Using Technology to Better Manage Your Practice,” and “Technology in the Courtroom and in Mediation.”

Mr. Stewart stays active in his community; including Harmony House, the Miami Project, Habitat for Humanity, The American Cancer Society and public television and radio. However, he has spent most of his time as a member of Palm Beach County Special Olympics’ Steering Committee, where he coordinated the community volunteers for more than ten (10) years.