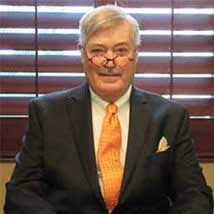 Attorney Thomas J. Morgan Sr. was admitted to the Florida Bar Association in 1970 and has spent the years honing and perfecting his legal skills. He has been recognized for his legal abilities by becoming an AV rated trial attorney.

Along with his many other awards and honors, this demonstrates his ability to lead his clients in pursuit of a positive case outcome. He focuses on several practice areas, including personal injury, first and third party claims, contracts, family law, and civil litigation.

Below, is a list of the memberships he is a part of that demonstrate his involvement in the legal community: