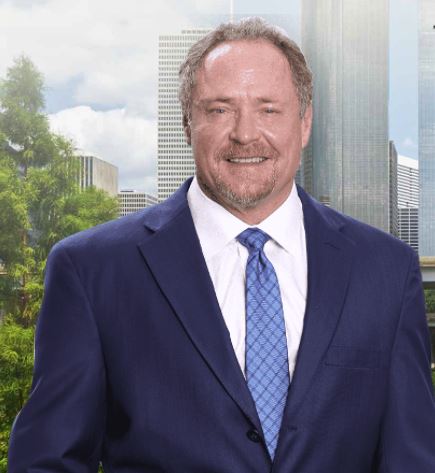 S. Scott West was born in 1963 and raised in Houston, Texas. He is a proud Christian, Husband, Father of four, and a native Texan. Scott graduated from The University of Texas at Austin in 1985 with a Bachelors of Science in Mechanical Engineering. Following graduation S. Scott West worked as a design engineer in the petrochemical and transportation industries.

In 1987, S. Scott West started law school South Texas College of Law and completed his Doctorate of Jurisprudence in 1989, making Dean's List every year while still working full time for his company. After being admitted to the Texas Bar in 1990, S. Scott West pursued his passion to work for a prominent personal injury law firm in Houston, Texas. Scott quickly became a named, principal partner because of his success litigating complex matters and securing substantial recoveries for his clients.

After honing his trial skills, S. Scott West opened The West Law Firm in 1997 to continue his calling to represent those who have been seriously injured or harmed by another. S. Scott West is committed to fighting for the rights of his clients and recovering all damages caused by another.

Areas of Practice: Cases of Significant Personal Injury and Wrongful Death involving Defective and Unsafe Products, Motor Vehicle Collisions, Construction Site and Industrial Tragedies, Dangerous Premises, Mass Torts (including Fen-Phen), as well as Commercial Disputes involving theft or misappropriation of Intellectual Property and Trade Secrets, and other Complex Litigation.
An attorney who is Board Certified by the Texas Board of Legal Specialization in Personal Injury Trial Law must have handled jury trials dealing with matters such as vehicle accidents, worker's compensation, premises liability, products liability, statutory tort claims, maritime accidents, or social security claims which involve a physical or mental injury to a person. The attorney must also have extensive knowledge of the law of evidence, procedure, and other substantive law involved in the trial of personal injury cases.

To become Board Certified in Personal Injury Trial Law, an attorney must have:
• Been licensed to practice law for at least five years;

• Devoted a required percentage of practice to personal injury trial law for at least three years;

• Been evaluated by fellow lawyers and judges;

Initial certification is valid for a period of five years. To remain certified, an attorney must apply for recertification every five years and meet practice, peer review and continuing legal education requirements for the specialty field.

The Texas Board of Legal Specialization was created by, and operates under the authority of, the Supreme Court of Texas. Its members are appointed by the President of the State Bar of Texas. The Board administers the program by which an attorney may earn a certificate of special competence in a particular field of law. The program is voluntary and is funded entirely by fees imposed on participating attorneys.