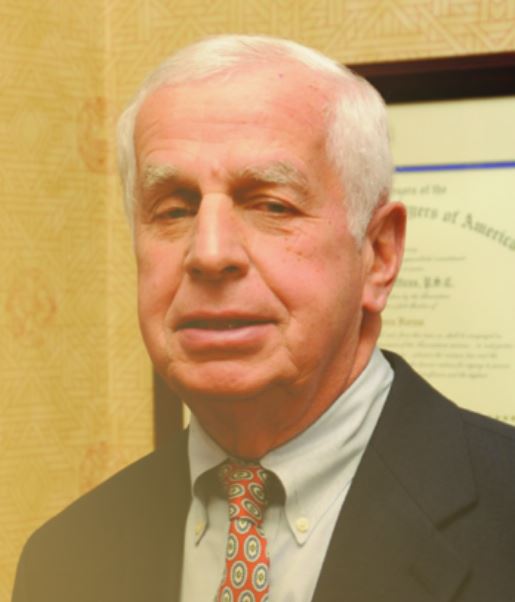 Peter Perlman is admitted to the bar in Kentucky, the U.S. District Courts for the Eastern and Western Districts of Kentucky, and the U.S. Supreme Court. He attended Duke University and received his undergraduate and law degrees from the University of Kentucky. His areas of practice are personal injury, civil litigation and products liability.

Peter is a member of the Inner Circle of Advocates, a member of the International Society of Barristers, a fellow of the International Academy of Trial Lawyers, has served on the Board of Trustees of the National Judicial College and is a founding member and past President of the Trial Lawyers for Public Justice. He is also past President of the Association of Trial Lawyers of America, the Civil Justice Foundation, and the Kentucky Academy of Trial Attorneys.

He is a member of the University of Kentucky College of Law Alumni Hall of Fame and the author of numerous publications, including the book, Annotated Opening Statements.

He has won more than 60 multi-million dollar verdicts and settlements. Pete has been told by judges and opposing lawyers that his greatest strength is his ability to simplify complicated issues. Pete frequently uses analogies, country music, proverbs, and other similar methods to help tell the story to the jury.

The Peter Perlman Outstanding Trial Lawyer Award is given annually by the Kentucky Justice Association. This prestigious award is bestowed upon an attorney who has demonstrated exceptional talent, fights for the rights of consumers, and gives back to the legal profession.

Peter received the "President's Award" at the annual AIEG (lawyers specializing in crashworthiness cases) meeting last November. The award was in recognition of successful efforts to force General Motors and Chrysler to assume liability for all vehicles involved in collisions after bankruptcy. The award states in part "you are true hero to the tens of millions for whom you fought for accountability from the auto manufacturers."

100% of Practice Devoted to Litigation

"Fighting for Public Justice – Cases and Trial Lawyers that made a Difference", 2001

Selected to University of Kentucky College of Law "Alumni Hall of Fame", 1988

An Endowment Scholarship was Established in Peter’s Name at the UK College of Law, 1999

Former President Kentucky Chapter of American Board of Trial Advocates; Limited to Outstanding Lawyers as Selected by their Peers

Selected as a Fellow of the International Academy of Trial Lawyers

Selected as Member of the International Society of Barristers

Listed in Best Lawyers of America since its publication in 1986, 1986

Kentucky Chapter of American Board of Trial Advocates, Former President

Served as President of Junior Achievement

Chair, Development and Funding for Playground for Children at Cardinal Hill Hospital