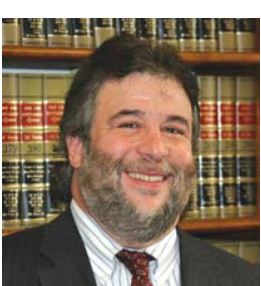 Jonathan J. Wilkofsky is our founding and managing partner. He has been litigating insurance coverage and property damage claims for over 33 years. He has represented victims of catastrophes occurring all over the world including the “Monrovia Fires” in West Africa as well as one of the largest gas pipeline explosions in the country in the “Hellgate” case, which lead to a multi- million dollar settlement during trial. Mr. Wilkofsky, who has yet to lose a jury verdict, has represented several thousand victims of insurance company misconduct.

Mr. Wilkofsky was lead counsel in the matter of Riordan v. Nationwide Mutual Fire Insurance Company. That case, tried before the Chief Judge of the Southern District of New York and argued before the Second Circuit Court of Appeals, was the first case in the history of the State of New York where an insured successfully prevailed against an insurance carrier for attorneys’ fees and punitive damages for deceptive acts and practices.

Mr. Wilkofsky won a verdict in excess of $1 million against Allstate Insurance Company for damage caused to a home by a supersonic Concorde aircraft taking off from JFK. The trial involved the testimony of six engineers and required proof that sonic energy had cracked a steel and concrete waterfront home from more than three miles away.

in New York. This legislation will significantly benefit generations of insurance consumers. In 2010, Governor Paterson signed a bill drafted by Mr. Wilkofsky creating an expedited special proceeding to enforce the insurance policy’s appraisal provision. He has also drafted and spearheaded the passage of legislation requiring language to be added to every property policy issued in New York which mandates the insurance company to share their experts’ reports upon demand by the insured. (Insurance Law §3407(a)). The bill was signed into law by Gov. Pataki on September 15, 2001. Mr. Wilkofsky drafted and lobbied for the passage of a law requiring minimum standards and mandatory continuing education for insurance adjusters which passed the legislature and was signed by Gov. Pataki in 1998.

He has lectured for the New York State Bar Association about trial tactics and has spoken on the subjects of “The Appraisal Process” and the role of the public adjuster in the adjustment process and the Insurance Laws and Regulations of New York. He is also the author of the legal treatise, The Law and Procedure of Insurance Appraisal for which he received the 2004 Cordish Writing Award from the National Association of Public Insurance Adjusters. The Third Edition is scheduled for publication in 2015. In December 2007 Mr. Wilkofsky was named Person of the Year by the National Association of Public Insurance Adjusters.

In 2013 and 2014, Mr. Wilkofsky ws named to the Superlawyers’ annual list of top attorneys and was also listed in the top 100 trial lawyers by the National Trial Lawyers Association.

Among the leading voices for consumers in the aftermath of Superstorm Sandy, Mr. Wilkofsky was invited to testify on behalf of consumers at the legislative hearings investigating the insurance industry’s response to the storm and at the roundtables held by the New York State Assembly Insurance Committee thereafter.

The law firm offers a full range of legal services for clients who find themselves in the following situations:

Homeowners, businesses and tenants, etc. who have suffered an insured loss such as a fire, theft, water damage, collapse or other casualty and who are not treated fairly, need help calculating and presenting their claim, or who are being hounded with oppressive demands by an investigating insurance

Victims of property damage where some third-party may be responsible for causing the loss.

Insurance coverage consulting. Let us review your insurance policies now before a loss occurs as to the sufficiency of your coverages.

Victims of legal and medical malpractice.