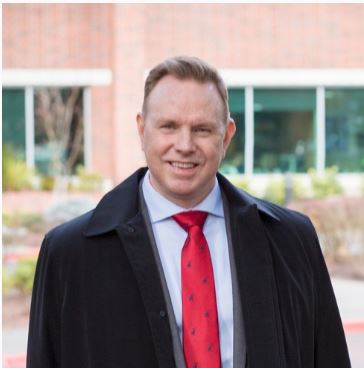 Patrick D. Angel has dedicated his career to upholding what is right and seeking justice for others. He has been practicing personal injury law since 2003, but his dedication to others stretches much further back.

After graduating high school in his home state of Louisiana, he enlisted in the Marine Corps and was stationed at Camp Pendleton in California and served in the infantry his entire six-year enlistment. By the time the Gulf War broke out in August of 1990, he had become a respected Sergeant.

Six years later, after being honorably discharged from the military, Patrick decided to continue serving others by attending law school. After receiving his bachelor’s degree from UC Berkeley, he enrolled in Lewis & Clark Law School in Portland, Oregon.

It was here he revealed an early talent for courtroom advocacy. During his first year, Patrick won the honor of Best Oral Advocate. Patrick was also one of a small number of students certified to try criminal cases for the Multnomah County District Attorney’s Office. By 2001—before even graduating—he had tried numerous criminal cases to jury verdicts and earned several impressive wins.

Following graduation, Patrick decided to focus exclusively on civil injury litigation by representing those who had been injured, exploited, or killed as a result of another person’s negligence. He spent nearly a decade doing so at other firms before founding his own practice, Angel Law PC, in 2010. Patrick only accepts a small number of cases each year in order to treat each one with the importance and care his clients deserve.

When he’s not fighting for clients in and out of court, Patrick enjoys reading, the outdoors, and—most of all—spending quality time with his wife Amy, their daughter, and their two Australian shepherds, Kona and Pacer.

·       Bachelor of Arts in English Berkeley University of California1997

·       Federal District Court for the District of Oregon