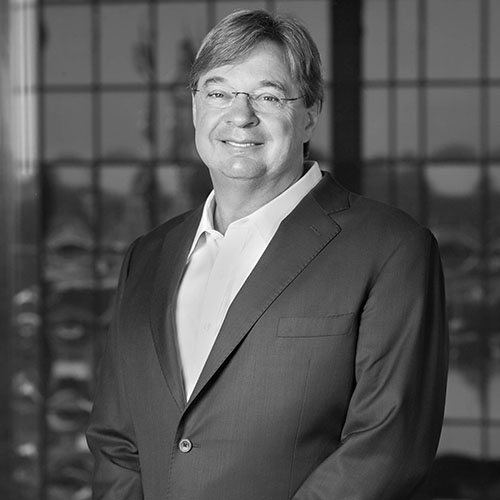 “I HAVE PRESIDED OVER SEVERAL JURY TRIALS WATCHING GRANT PERFORM AS A LAWYER. GRANT HAS A PASSION THAT JURORS CAN FEEL AND THAT HELPS PERSUADE JURORS BECAUSE THEY KNOW GRANT TRULY BELIEVES IN HIS CLIENT’S CASE.” -JUDGE CHARLES ATWELL

During his career, Grant L. Davis has represented people who have been harmed by negligent or intentional acts. He feels a calling to fight for his client’s rights and obtain justice. Grant chose plaintiffs law because it gave him the opportunity to fight for those who had been harmed by wrong doers. He found people were often coming to him in their darkest hour, and being able to help his clients gave meaning to his practice of law.

Grant is best known for his track record of winning large jury verdicts. Over time his record of obtaining significant jury verdicts has caused defendants to propose larger settlement offers for his clients before trial.

Grant met Scott S. Bethune and Tom C. Jones while in law school. The three formed a solid friendship and worked together for many years before establishing DBJ in 2001. If Grant isn’t busy in the courtroom, you can find him with his family or giving back in the community.

Grant L. Davis has developed a remarkable track record of success in his legal career. In spending time with him, however, it’s not difficult to see how he achieves such stellar results. Grant believes in his clients and works very hard. Whether representing the families of victims of physical injury or death due to defective products, train or plane accidents, tractor-trailer crashes or medical negligence, Grant can be counted on to turn over each stone, track down every lead, interview each witness and identify all evidence that will lead to the best possible result for his client.

Grant has obtained billions of dollars in jury verdicts and settlements. Defendants and insurance companies know that Grant will go to trial and obtain the best possible results. Grant’s success in injury and death cases may be unparalleled.

In addition to these injury-case results, his ability to win in high-stakes business and farming-related disputes is also noteworthy. DBJ has represented farmers throughout the country. Grant has taken on cases against some of the world’s largest agricultural companies, including Bayer Cropsciences and Archer-Daniels-Midland Company. Grant has helped other clients in business settings, including representing two dedicated medical scientists who had their company stolen from them. No matter what the circumstances, Grant will fight hard to obtain justice for his clients.

Inner Circle of Advocates – 100 of the Best Plaintiff Lawyers in the U.S.

Listed in Best Lawyers in America listing for two decades.

Recognition by SuperLawyers as of of the “Top Lawyers”

Global Directory of Who’s Who honor as “Top Lawyer” – Lifetime Member – “In recognition of hard work, dedication and contributions to the legal profession.”

Missouri Lawyers Weekly – Up and Coming Lawyer – 2000 (Earning “a place among some of the most respected and feared lawyers in the state.”)