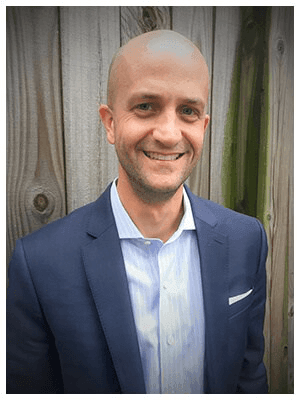 One of the Mid-South’s Super Lawyers, Jonathan Bobbitt is a civil trial lawyer that has one singular focus – to obtain the best possible result for his clients. Passionate, thoughtful and relentless, this guy loves to spend his free time running 50-plus miles through mountains, deserts and country roads. Those “ultra-experiences” have taught Jonathan the value of having the courage to take on challenges, the patience to stay the course and the creativity to solve problems along the way. Jonathan’s areas of practice are varied: representing policyholders in Insurance Disputes is his primary focus but he also handles Business and Employment Disputes. But whatever the case may be, Jonathan attacks his clients’ problems with passion, determination and focus.

With a mind that is both practical and creative, Jonathan holds a M.B.A. and relies on that business background to make sure his clients make smart decisions. Look, it’s just a matter of fact that some cases need to be tried. On the other hand, most need to settle. And every now and then, a case that needs to be settled just has to be tried. Whatever the case, Jonathan stands ready. Too often, lawyers will hurry past analyzing a solution to the client’s problem in their rush to prove that they are “right” on a particular point of law. Sure, it’s great to be right… but it’s even better to solve problems. In his areas of practice, Jonathan must often cross the line from advocate to counselor to make sure that his clients not only receive outstanding legal work, but also unusually practical advice. Real people need real solutions, and that’s what drives Jonathan in his practice.

Insurance disputes are Jonathan’s specialties. And, while his cases are often high-stakes, he and his Firm handle claims of all sizes. The success in his practice can be evidenced not only in the significant settlements he has secured for his clients but also his recognition on The National Trial Lawyers Insurance Bad Faith – Top 10 list for his work on behalf of policyholders. He is also one of the Mid-South’s Super Lawyers in Employment Law and is rated AV Preeminent for ethical standards and legal ability by his peers.

Talk with Jonathan and it won’t take you long realize his passion for life, adventure, practicing law and helping folks solve their problems. Oh, and with that unmistakable southern accent… it also won’t take you long to figure out he’s a Tennessee boy. Born in Knoxville, raised in Jackson and now practicing and living in Franklin has engrained in Jonathan a strong affinity for Tennessee and Tennesseans. A few other interesting facts about Jonathan – he can run faster and farther than any other lawyer at the Firm (by far), he’s got a gorgeous (and equally as adventurous) wife and he loves… LOVES… strong coffee.