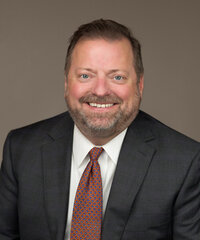 Frank Weedon is a Texas trial attorney with extensive first-chair jury trial experience and multiple verdicts over one million dollars.  Frank has tried cases across Texas and is ranked in the Top 100 Trial Attorneys and the Top 10 Insurance Bad Faith Attorneys in Texas by the National Trial Lawyers organization.  He brings extensive insurance experience to Roberts & Roberts as one of the most prolific insurance expert witnesses in the country, and has testified over one hundred times in U.S. Federal and state courts in Arizona, Colorado, Oklahoma and Texas.

Frank began working in the insurance claims industry in January 1991. He worked his way up from a file room clerk to adjuster. He still holds multi-lines adjuster licenses in Arizona, Louisiana, Oklahoma, Mississippi and Texas.

While adjusting claims during the day, Frank attended law school at night. After graduating from law school, Frank began working as an insurance defense lawyer. He represented large corporations and most of the major Texas insurers. In 2002, Frank began representing plaintiffs and victims of injury in East Texas and proudly continues to do so today.

Frank currently handles catastrophic motor vehicle cases along with industrial and work-related injuries. He is OSHA certified and SafeLand Drilling Certified by the Petroleum Education Council. Frank taught insurance adjusters how to handle claims as an approved provider through the Texas Department of Insurance. He frequently lectures and speaks to the bar and has twice testified at the Texas Legislature on behalf of injured workers.

Frank is licensed to practice law in all U.S. Federal and state courts in Texas. He is board certified by the Texas Board of Legal Specialization in workers’ compensation law. He is a member of the Million Dollar Advocates Forum, the Texas Trial Lawyers Association, and the American Association for Justice.

Frank received his Bachelor of Business Administration in Economics from the University of Texas at Arlington in 1993 and his Doctorate of Jurisprudence from South Texas College of Law in 1998.

Frank was born in Austin, Texas in 1967 but grew up in Longview where he lives and works today.  Growing up, Frank was co-captain of The Longview High School debate team. He went on to debate for Kilgore Junior College where his team won the national junior college debate tournament in 1988.

He and his wife are the parents of three daughters and one granddaughter.