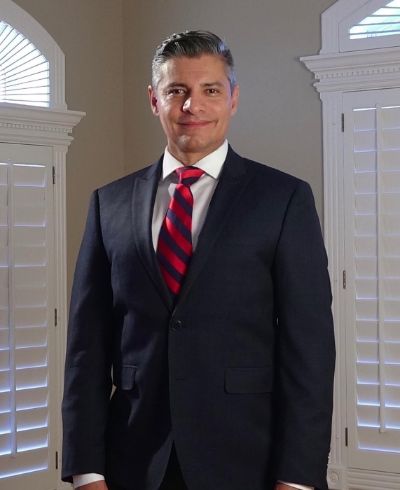 A Texas and New Mexico Trial Lawyer Who Fights for You

Born and raised in El Paso, Texas, Enrique’s interest in law began at the age of four, when his father explained to him that lawyers help people by defending them when wrongs are committed against them. It was the encouragement of Enrique’s father, Enrique Sr., which drove Enrique to become a lawyer and fight to rectify the wrongs committed against his clients through the legal system.

Enrique grew up in the lower valley and attended Bel Air High School in El Paso, TX. In 1987, Mr. Chavez reached one of his lifelong dreams of attending an Ivy League University. Enrique was accepted at Yale University on a scholarship and graduated with a Bachelor of Arts Degree in Philosophy in 1991. He then began his legal education at the University of Texas at Austin School of Law, which he completed in 1997. While in law school, Enrique earned induction into the prestigious National Order of Barristers, for excellence in trial advocacy. Upon graduating from the University of Texas School of Law, Enrique moved back home to El Paso, TX where he worked for an insurance, labor and employment defense firm. Enrique has over 22 years of experience as a trial lawyer and is licensed to practice law in Texas and New Mexico.

The founding of The Chavez Law Firm, Inc.

In 2001, Enrique Chavez, Jr. became the sole managing partner of The Chavez Law Firm, Inc., a culmination of Enrique’s lifelong commitment to hard work and justice. Enrique coupled what he learned from his time working at a defense firm with his expertise in personal injury, wrongful death, civil trial law, and labor & employment law, and began his own law practice representing the people of El Paso, Texas. Enrique fights against those who break our nation’s laws and violate community safety rules here on the US Border. He and the Chavez Law Firm believe that our community is made safer by holding accountable those corporations and individuals who break the law and the community safety rules which protect us all. You now have someone on your side to fight for you and your loved ones.

Enrique is married and has three children. He is an avid martial artist for over 30 years. In his spare time, he also dedicates his legal expertise, time, and resources to causes he believes strongly in, including the Mexican American Legal Defense and Educational Fund (MALDEF) the nation’s leading Latino legal civil rights organization, where he is a member of the board of directors, Gideons International, and local organizations that support youth, families, and underserved communities on the El Paso, TX border.

Bachelor of Arts in Philosophy, 1991

Section, co-sponsored by the State Bar of Texas, January 2013.

“A Plaintiff’s Case: A Tough But Rewarding Nut to Turn,” presenter

How to Prove Attorney’s Fees

Damages: The Four Horseman of the Apocalypse

Voir Dire: How to Pronounce it and How to Do it

American Board of Trial Advocates, inducted in 2012