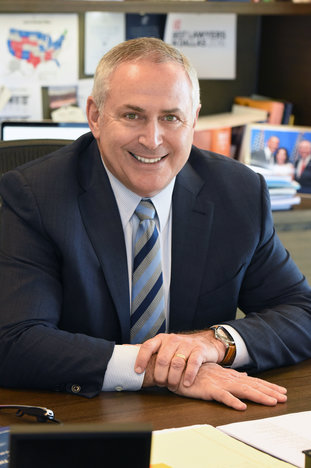 Marc R. Stanley is a trial lawyer, political activist, Jewish community leader, and philanthropist from Dallas, Texas. He has 37 years of experience as a leading trial lawyer and 44 years of experience in government and public service, including his appointment as Chairman of the Texas Public Finance Authority by Texas Governor Ann Richards. Secretary of Defense William Cohen appointed Marc as a Member of the Board of Visitors of the Air University of the United States Air Force. In 2011, Marc was appointed by President Barack Obama as a Council Member of the U.S. Holocaust Memorial Museum.

Marc is founder of the Stanley Law Group, a Dallas-based firm that focuses on national class actions and complex litigation. His career highlights include a landmark case against an insurance company for breach of fiduciary duties in handling 401(k) investments. In 2015, after 13 years of litigation and seven published opinions, the defendant paid $140 million in cash and $60 million in future economic benefits—the second largest reported settlement in the U.S. in 2015.

Marc has served as a board member and leader of many Jewish charitable and political organizations, including six years as Chairman of the National Jewish Democratic Council. In his hometown of Dallas, Marc is also Immediate Past-Chair Chairman of The Legacy Senior Communities, Inc., a Jewish-sponsored, not-for-profit charitable organization providing continuing care retirement communities and in-home care for seniors and their families.

Marc’s national public service began in college, when he worked three years for the U.S. Congress, working with Representatives Morris K. Udall (D-AZ) and Dale E. Kildee (D-MI) and with the Committee on House Administration (as an aide to Chairman Frank Thompson (D-NJ)). In that role, he created the first Telephone Directory for the U.S. House of Representatives, serving as its Editor from 1977-1979. He later served as Dallas County Chair for Senator Lloyd Bentsen’s campaign in 1988 and Governor Ann Richards’ campaign from 1989-1990.

Marc and his wife Wendy, married for 36 years, have three grown children. Marc supports and/or volunteers with a number of local Texas organizations, including the Jewish Community Center, Temple Emanu-El, and the North Texas Food Bank.

Board Certified, Civil Trial Law, Texas Board of Legal Specialization, 1992.