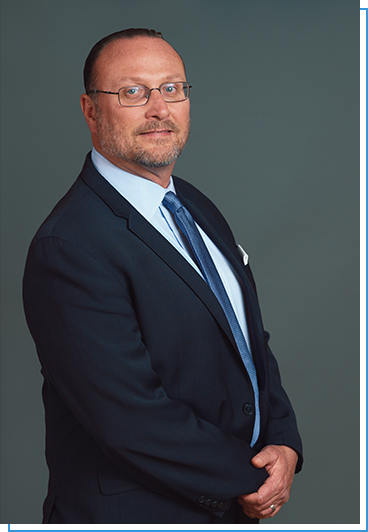 Joe earned a bachelor’s degree from Brown University in 1987 and a law degree from the University of Florida in 1990. He is licensed to practice law in Florida and admitted to the United States District Court for the Southern District of Florida. A member of the American Association for Justice and the Multi-Million Dollar Advocates Forum, he has been practicing for 25 years and spent 18 years as a partner with Babbitt, Johnson, Osborne & LeClainche. He started Osborne & Associates in 2015 and remains the principal owner. With offices in Boca Raton, Florida, Joe and the firm have been recognized by The South Florida Legal Guide, Legal Elite and the Daily Business Review for their track record and reputation. In 2010, Joe was a finalist for the South Florida Daily Business Review’s Lawyer of the Year and has been recognized nationally by Super Lawyers.

Joe limits the practice to complex civil litigation, including mass torts. In November 2014, Joe obtained a $26.7 million verdict as lead counsel in the Southern District of Florida on behalf of four clients who suffered injuries from Boston Scientific’s Pinnacle Pelvic Floor Repair Kit. The Pinnacle mesh kit is implanted to treat stress urinary incontinence and pelvic organ prolapse. Each client was awarded an average of $6.6 million in compensatory damages due to injuries suffered from the defective design of the product.

In September, 2015, Joe prosecuted a mandated summary jury trial in the Woods vs. Wright Medical case involving failure of its Conserve hip implant. After deliberations, two separate juries returned verdicts on behalf of Ms. Woods of $4.2 million and $3.8 million. The case was settled confidentially one week later. In February 2017, Joe also received a verdict of $4.25 million against Wright Medical in another summary jury trial proceeding. Both summary jury panels found Wright negligent due to claims of failure to warn and design defect.

Joe currently serve on the Plaintiffs’ Executive Committee in the Stryker LFIT V40 Femoral Head Products Liability Litigation (MDL No. 2768) before the Honorable Indira Talwani in the United States District Court, District of Massachusetts. He also serves on the Plaintiffs’ Steering Committee in the Stryker Rejuvenate and ABG II Hip Implant Products Liability Litigation (MDL No. 13-2441) before the Honorable Donovan W. Frank. Osborne & Associates represents hundreds of recipients of Stryker hip implants including the LFIT V40, Rejuvenate and ABG II, and is litigating cases nationally in both federal and state courts. The firm also represents hundreds of victims of Wright Medical’s metal-on-metal and modular hip implants and serves as lead trial counsel in the Florida litigation.

Joe was liaison counsel and a member of the Plaintiffs Steering Committee in the Trasylol MDL No. 1928, pending in the United States District Court for the Southern District of Florida. He also prosecuted one of the bellwether cases from that litigation (Rodriguez v. Bayer, Case No. 1:08-MD01928) which was settled before trial. Further, he currently serves on the Plaintiffs’ Steering Committee in the Bard IVC Filter Litigation (MDL No. 2641) in Arizona under U.S. District Judge David G. Campbell.

Joe Osborne has also been involved in several other mass torts and played a vital role in: