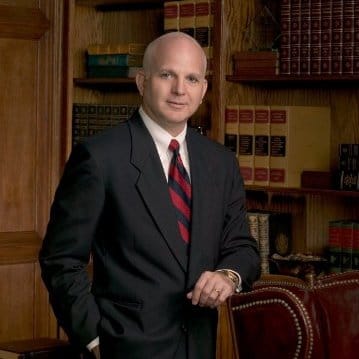 Attorney Linebaugh is Board Certified as a Specialist in Personal Injury Trial law by the Texas Board of Legal Specialization. Mr. Linebaugh has achieved numerous multi-million dollar settlements and verdicts. He has also been inducted into the Million Dollar and Multi-Million Dollar Advocates Forum as a life member.

Mr. Linebaugh was admitted to the Texas Bar in 1985. He holds a Doctor of Jurisprudence degree from South Texas College of Law and a Bachelor of Arts degree in Speech Communications from Youngstown State University.

While attending law school, Mr. Linebaugh received recognition for excellence in scholarship and placed among the top oralists in both mock trial and moot court competitions. In 2002, Mr. Linebaugh completed advanced course work in trial advocacy sponsored by the National College of Advocacy. Mr. Linebaugh is also a graduate of the highly acclaimed, Trial Lawyers College in Dubois, WY, where he studied under the legendary trial attorney Gerry Spence.

Moreover, Mr. Linebaugh chairs the Texas Pattern Jury Charge Committee for General Negligence and international torts. The committee write a book published by the State Bar of Texas and serves as a reference guide for trial judges throughout Texas when preparing the jury questions to be used in civil jury trials.

Mr. Linebaugh is also the author of “9 Costly Mistakes that People Make Following an 18-Wheeler Crash” and frequently speaks at legal conferences on truck related litigation. He has also been named a “Texas Super Lawyer” every year since 2003, as identified by Thompson Reuters Service/Texas Monthly Magazine.

We know what to do and how to do it!

With over 85 years of combined legal experience, our attorneys know what to do and how to do it.